For many people all over the world, urine and feces odors, mainly from pets and small children, can be a major problem in the home and car. Simply cleaning up the immediate mess is sometimes not enough to get rid of the underlying urine and feces odor that remains in the area.

The electronic devices that use ozone as a deodorizer are one of the best ways of dealing with this kind of odor problem. Ozone is nature’s own air purifier and is able to naturally eliminate many different odors, including urine and feces odor, and make the air cleaner and healthier around us.

Ozone molecules are created in the atmosphere when there is a major surge of power such as a lightning bolt, and only have a very short half life of about 20 minutes before they split into two separate parts (oxygen atoms) and dissipate in the air. When the molecule splits the separate atoms attach to other free floating gaseous elements in the surrounding area and neutralize them, ridding them of their individual qualities. When ozone is released into an area of odor they will attach to offending molecules, rid them of their odorous characteristics and create a natural source of urine and feces odor control. This green equipment is designed to produce ozone molecules by applying great amounts of power onto the air and thus make more ozone molecules to be released into the atmosphere so that they are able to purify and deodorize the air more effectively. By oxidizing these urine and feces odors, you will not only be eliminating the nasty smell, but you also providing an air cleaner and subsequently creating a healthier and more natural atmosphere of which to live and breathe in. Bacteria and toxins that are released in to air as well as urine and feces odors will be eliminated with ozone devices, and this technology is proven to purify the air and help people with many different health conditions to improve their conditions through simply breathing in cleaner and more pure air. Once the ozone equipment has been used to eliminate the urine and feces odor the results are final, as it gets rid of the molecules which cause the odor, though it is important to note that the air will need to once again be cleaned with the ozone deodorizer if a further situation of urine or feces odor occurs later on.

The Newaire  plug-in isn't just for urine and feces odors. It can be used for all odors, smoke, mold, food, garbage, pets, etc. If this is something you are interseted in learning more about please see details about the product here, as well as view videos. 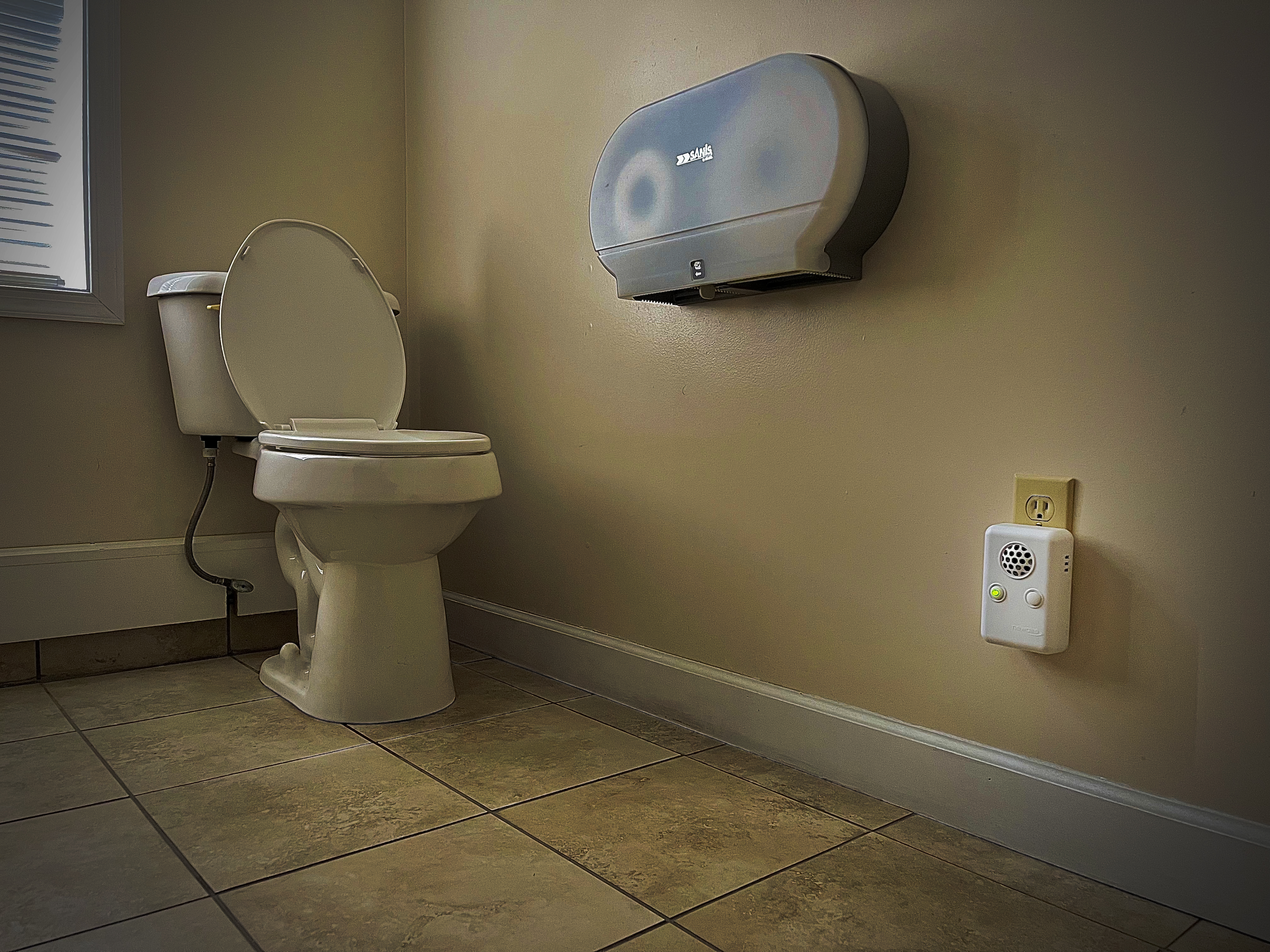