For many people, skunk odor can be a massive problem throughout the year and, although they may have tried a whole host of different methods for getting rid of it each time, they can’t seem to shift the incessant skunk odor from their home, car or garden. Once a skunk has sprayed its scent on to a certain location or area then no amount of cleaning can seem to rid the area of the horrid skunk odor that remains for a long time afterward.

People can clean it till their fingers are raw, or spray a whole host of different air fresheners and chemical solutions on it so that the skunk odor is masked by a stronger scent, but the fact of the matter is that, the skunk odor will remain until the molecules which make up the skunk odor are destroyed completely. In order to fully eliminate any sign of the skunk odor in the area, one of the most effective methods is to use the new green technologies that produce ozone as an air cleaner.

Ozone molecules have a short half life of only 20 – 30 minutes and this allows for them to work rapidly to get rid of the negative ions in the atmosphere and to neutralize the surrounding atmosphere so that the skunk odor can be dealt with efficiently and effectively in a quick and easy manner. Ozone will begin to break down as soon as they are released into the air and once they separate into individual oxygen atoms, will attach to any gases that they find floating around the atmosphere. By attaching to the skunk odor molecules, the oxygen will strip them of their individual attributes, including their smell, and so the skunk odor will become neutralized naturally and disperse back into the atmosphere.

Ozone technology is nature’s air cleaner and is a green way that people can use to purify any area, both large and small, so that the surrounding atmosphere cannot only be rid of odors, such as skunk odor, but also become a healthier place to be. Odors in general, skunk odor included, are not only unpleasant but also contain many nasty substances such as toxins and bacteria which can cause a variety of different health complication and problems, so to get rid of and eliminate skunk odor completely is not only important from a social aspect, but also from a health and wellbeing point of view as well. 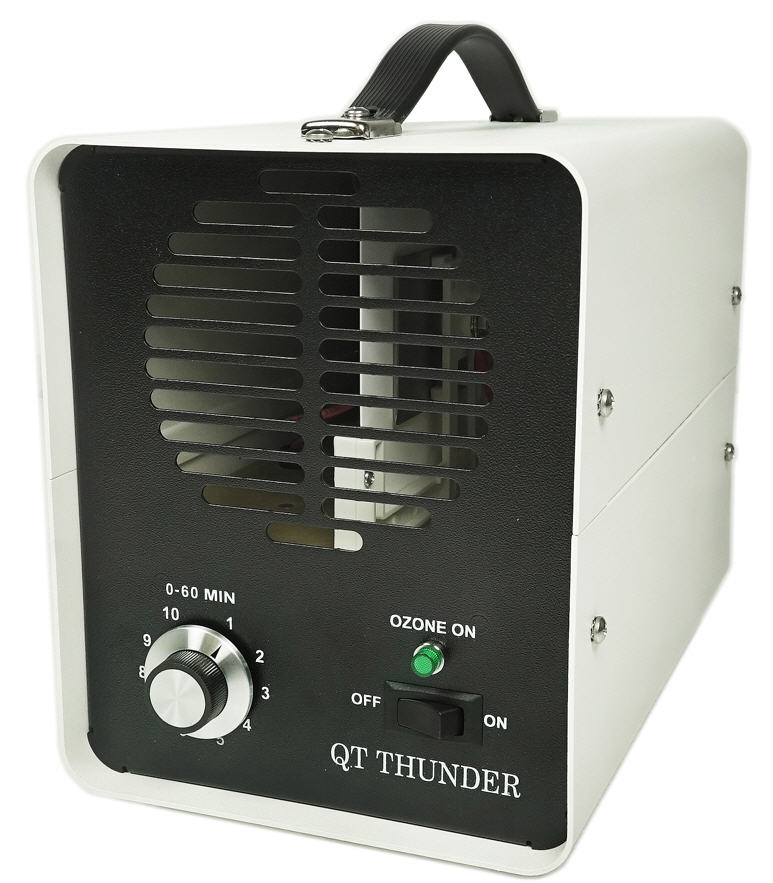