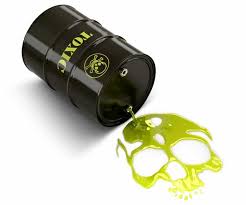 Chemical odors are not only unpleasant, but can also be a very dangerous indication of something that should not be present in the atmosphere around you. Chemical odors are often associated with cleaning, medical facilities and forms of DIY or house hold work and renovations. Chemical odors are strong and potent until they are aired out and generally they are able to disperse themselves naturally around a space and will disappear from a well ventilated space if they are left for a while.

Chemical odors are very stubborn when they become ingrained in the materials of a room or space and are not easy to get rid of using the normal array of household cleaners and air fresheners, this is why new research has found that the green technologies of ozone generation are a brilliant way of ridding a space of chemical odors easily, quickly and most of all, permanently. The electronic devices, which are part of this new green technology, are able to rid places of chemical odor without the use of any chemicals or perfumes which often just mask the chemical odor instead of getting rid of it completely. As well as being efficient, the electronic devices used for ozone odor control mechanics are able to get rid of chemical odors quickly and make sure they eliminate all traces of the odor and will prevent it from returning in the future.

The technology used is able to create ozone molecules naturally through the use of a great surge of power being placed on normal air. The ozone, once created, will consist of three oxygen atoms all joined together which will survive only with a half life of around 20 minutes. Once the ozone begins to break down, it will purify the air around it by attaching to the free floating gaseous elements nearby and ridding them of their individual characteristics, including its odor. Once the oxygen has returned to its original state it will then disperse naturally back into the surrounding atmosphere and will eliminate the chemical odor for good.

Ozone and hydroxyl equipment is easy and quick to install and is able to rid an area of chemical odors without constant attendance and through the introduction of further chemical and sickening smells which are produced by many air fresheners and cleaning solutions. This allows for a healthier and more comfortable situation for anyone who is working or living in a space which has frequent chemical odor problems.

Rainbowair and Queenaire Ozone Generators are manufactured in the United States and offer different features.  Depending upon the square footage of the space you need to treat, there is a unit that will meet your needs.  Some units also offer timers so you can set the unit and leave the space and wait to return until the ozone has dissapated.

Learn more about removing chemical odors from your workplace and home here: